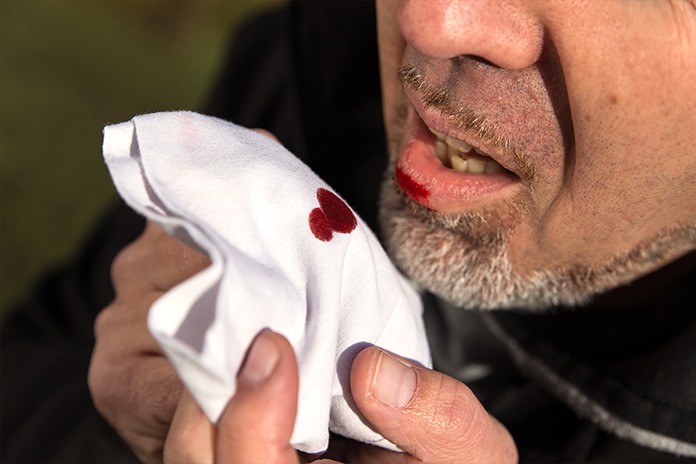 Tuberculosis (TB) is caused by a bacterium called Mycobacterium tuberculosis. The bacteria usually attack the lungs, but TB bacteria can attack any part of the body such as the kidney, spine, and brain. Not everyone infected with TB bacteria becomes sick. As a result, two TB-related conditions exist latent TB infection (LTBI) and TB disease. If not treated properly, TB disease can be fatal. Dr. Parthiv Shah is a TB specialist in Mumbai managing with rich experience in managing both pulmonary and extra pulmonary TB cases.

TB disease – an illness in which TB bacteria are multiplying and attacking a part of the body, usually the lungs The symptoms of TB disease include weakness, weight loss, fever, no appetite, chills, and sweating at night. Other symptoms of TB disease depend on where in the body the bacteria are growing. If TB disease is in the lungs (pulmonary TB), the symptoms may include a bad cough, pain in the chest, or coughing up blood. A person with TB disease may be infectious and spread TB bacteria to others, hence it is warranted to visit a Tb specialist in Borivali, Mumbai, or your city.

BCG – a vaccine for Tuberculosis named after the French scientists who developed it, Calmette and Guérin. BCG is often given to infants and small children in countries where tuberculosis is common.

Contact – a person who has spent time with a person with infectious TB.

Sputum – phlegm coughed up from deep inside the lungs. Sputum is examined for TB bacteria using a smear; part of the sputum can also be used to do a culture.

Smear – a test to see whether there are TB bacteria in your phlegm. To do this test, lab workers smear the phlegm on a glass slide, stain the slide with a special stain, and look for any TB bacteria on the slide. This test usually takes 1 day to get the results.

Culture – a test to see whether there are TB bacteria in your phlegm or other body fluids. This test can take 4 to 6 weeks usually.

TB skin test – a test that is often used to find out if you are infected with TB bacteria. A liquid called tuberculin is injected under the skin on the lower part of your arm. If you have a positive reaction to this test, you probably have a TB infection. Other tests will be needed to find out if you have latent TB infection or TB disease. This test is also known as the Mantoux test. This test is performed by Dr. Parthiv Shah- Tb Specialist in Mumbai.

Tuberculin or PPD – a liquid that is injected under the skin on the lower part of your arm during a TB skin test.

Directly observed therapy (DOT) – a way of helping patients take their medicine for Tuberculosis. If you get DOT, you will meet with a health care worker every day or several times a week. You will meet at a place you both agree on. This can be the TB clinic, your home or work, or any other convenient location. You will take your medicine while the health care worker watches.

Resistant bacteria – Bacteria that can no longer be killed by certain medicine.

Mono-resistant (MR): A TB patient, whose biological specimen is resistant to one first-line anti-TB drug only.

Multidrug-resistant TB (MDR TB) – TB disease caused by bacteria resistant to two of the most important medicines: Isoniazid and Rifampicin.

Poly-Drug Resistant (PDR) – A TB patient, whose biological specimen is resistant to more than one first-line anti-TB drug, other than both INH and Rifampicin.

Extensively drug-resistant TB (XDR TB) – XDR TB is a rare type of TB disease that is resistant to Isoniazid  (INH), rifampicin (RIF), fluoroquinolones (ofloxacin, levofloxacin, or moxifloxacin), Second Line injectable (kanamycin, amikacin, or capreomycin)  medicines used to treat TB from the quality assured laboratory. Dr. Parthiv Shah is one of the few doctors with vast experience and expertise in managing XDR-Tb cases and is regarded as one of the best Tb specialists in Mumbai.

Pulmonary TB – TB disease that occurs in the lungs. Most TB disease is pulmonary. Any microbiologically confirmed or clinically diagnosed case of TB involving lung parenchyma or tracheo-bronchial tree.

Extrapulmonary TB – TB disease in any part of the body other than the lungs (for example, the kidney, spine, brain, or lymph nodes).

Rifampin (RIF) – one of the four medicines often used to treat TB disease. It is considered a first-line drug.

Symptoms of TB disease in other parts of the body depend on the area affected.

People who have latent TB infection do not feel sick, do not have any symptoms, and cannot spread TB to others.

This regimen is for H & R sensitive TB cases and cases with unknown sensitivity patterns.

Treatment is given in two phases:

Under NTEP, the following are the standard DR TB regimens:

Dr. Parthiv Shah is a TB specialist in Mumbai and also he specializes in all forms of Allergies, Asthma, and Bronchitis Lung Infection.